Russia remains open to working with Georgia on a visa free regime; this approach should be strengthened in 2017, said Russian Foreign Minister Grigory Karasin today.

“As for the Russian side, President Vladimir Putin has quite clearly stated that the possibility of introducing a visa-free regime with Georgia on a reciprocal basis is not excluded. We remain open to collaboration with the Georgian authorities,” declared Karasin to Russian Media Agency, RIA Novosti .

Karasin noted that the work with the EU on visa liberalization would require a significant adjustment to Georgian national legislation. “Agree that such large-scale work between Russia and Georgia is impossible to establish in the absence of diplomatic relations between Tbilisi [and Russia]. And their recovery, as we know, is not ready yet” – Said Karasin.

There are solid reasons for the absence of diplomatic relations between Russia and Georgia. The Georgian “Law on Occupied Territories of Georgia”, adopted in 2008, criminalises entry into Abkhazia and South Ossetia from the Russian side. A major part of the international community (the US, the EU, NATO, OSCE, Council of Europe) along with Georgia, consider Abkhazia and South Ossetia, which make up to 20% of Georgia’s land area to be occupied territories by Russian military troops.

The official website of the European Parliament (EP) announced that a preliminary date for the consideration of the visa waiver suspension mechanism with Georgia is January 18, 2017. 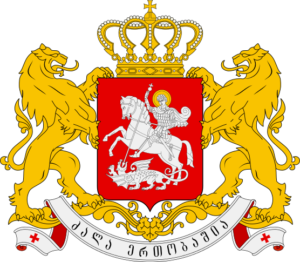 Iran Arresting Large Numbers Of Women Protesting The Regime…Where Are The Feminists?