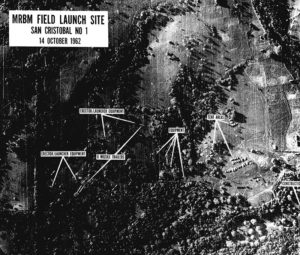 The Russian military is actively looking at returning to former Soviet bases around the world. Deputy Defense Minister Nikolai Pankov has told State Duma legislators, “We are working on this, we do see this problem,” he said in response to a question about whether the military authority planned to reopen bases in countries like Vietnam or Cuba, reports Russian Beyond The Headlines.

“The question is very appropriate. In fact, there is now a very quiet rethinking of decisions once made,” Pankov said in apparent reference to the Kremlin’s 2002 decision to withdraw its military from positions in Cuba and Vietnam, reports the Moscow Times.

Russian President Vladimir Putin said in summer 2014 that Moscow had no plans to restore its Lourdes base in Cuba.

The deputy chairman of the State Duma’s international affairs committee, Aleksey Chepa has said,”It is necessary to consider the issue of our presence in other regions of the world. I believe that it would meet Russia’s national interests to restore our military bases in Latin America, Southeast Asia and Africa,” reports Russian State News Agency TASS.