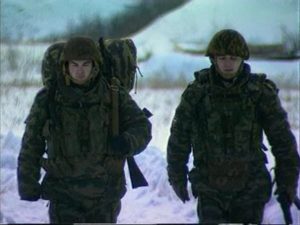 Russian defense minister Shoigu has stated that Russia plans a string of combat divisions along its eastern coast on the Pacific, with some units garrisoned very close to the United States. Russia state news agency Sputnik seems to implement the Kremlin’s propaganda goals with threatening statements concerning this deployment.

Speaking at a Defense Ministry meeting on Tuesday, Shoigu confirmed that “there are plans to form a coastal defense division in 2018 on the Chukotka operational direction.” The minister added that this decision was actually made in July 2015, and is part of a plan to establish a unified system of coastal defense stretching from the Arctic in the north to the Primorye Territory in the south. The system, according to Shoigu, is intended “to ensure control of the closed sea zones of the Kuril Islands and the Bering Strait, cover the routes of Pacific Fleet forces’ deployment in the Far Eastern and Northern sea zones, and increase the combat viability of naval strategic nuclear forces” operating in the area. In other words, the new division will help ensure the defense of Russia’s sparsely populated eastern coast, reports Russian state news agency Sputnik.

Sputnik quotes a Russian military analyst, “And most important, of course, is the air base. It’s from its well-heated hangers that the newest fifth generation US fighter, the F-22 Raptor, rises into the air to intercept the Russian strategic bombers which have resumed regular patrols along the edges of US Arctic borders.” Effectively, the analyst suggested, “if we suppose that alongside the coastal defense division, Russia deploys the Iskander mobile short range ballistic missile system, the US F-22s may no longer have time to intercept the Russian bombers, while US missile warning stations could unexpectedly go dark.” In any case, he noted, “the staff at the Elmendorf base, and the troops at Fort Richardson will go to bed at night with an uneasy feeling, as they did during Cold War days.” 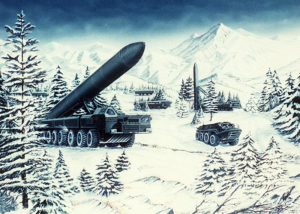 Russia not planning to deploy Tu-22M3 bomber in Crimea