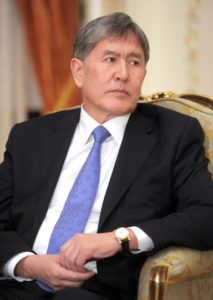 Almazbek Atambayev, the president of Kyrgyzstan, has tried to dissuade women in the country from dressing in hijabs, niqabs and burkas saying: “Our women have been wearing miniskirts since 1950s, and they never thought about wearing an explosive belt,” reports The Sun.

A new government campaign across the former Soviet territory has encouraged women to not wear traditional Islamic garb; the effort has caused controversy. The government fears “Arabization” of the country.

Banners across Kyrgyzstan have been erected showing women in the nation’s traditional clothing contrasted with women in niqabs and burkas captioned: “Poor people! Where are we heading to?”

Many people in the mainly Muslim country have been outraged by the campaign and pointed out that the traditional Kyrgyz “elchek” head dress is almost as conservative as the hijab, reports The Sun.

“Our women have been wearing miniskirts since 1950s, and they never thought about wearing an explosive belt. You can wear even tarpaulin boots on your head, but do not organise bombings. This is not religion. Let them wear even miniskirts but there must not be any blasts.”

Other Western nations such as France have struggled with limiting women from wearing the traditional Islamic headscarf. This has met with limited success. 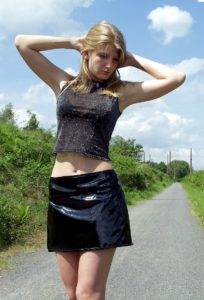