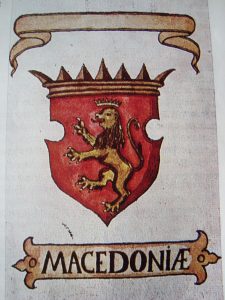 The beginning of the new year is presenting a possible solution to the dispute over the country of Macedonia’s name, through further engagement and readiness on the part of Macedonian Prime-Minister Zaev, who feels optimistic on a solution to this 27-year dispute with Greece. Zaev spent the New Year holidays in Thessaloniki, Northern Greece, mainly to send Greek politicians the message that the time to abandon prejudices is up.

According to the Greek prime minister’s office, the two PMs had a telephone conversation, a signal for a possible future compromise. Even Greek Prime-Minister Tsipras appeared optimistic in finding a solution, but he called for real deeds, not only words from Macedonian politicians.

At the beginning of this week, Zaev paid a visit in Brussels, to ensure the Continent that a solution is possible, and of course to ask for European support. The two respective foreign ministers are expected to meet soon in Athens to discuss details.

Zaev is determined to join NATO and the EU even under the provisional name of FYROM – Former Yugoslavian Republic of Macedonia, stating they will try all possible ways to move Macedonia to membership. The naming debate has impeded the country’s integration with the West, due to Athens objections. Foreign diplomats consider the current situation as much better than previously, hoping on the resolution of the naming issue.

After winning recent elections and forming a government in coalition with parties representing the nation’s large Ethnic Albanian minority, Macedonian Prime-Minister Zaev is following a conciliatory approach to this debate, trying to improve relations with his neighbours in order to speed up his country’s integration. There is still no hint on what new name could replace that of Macedonia.

For 27 years, Athens has accused Macedonia of monopolizing its symbols and heroic personalities, such as the symbol of Vergina Sun on the flag or Alexander the Great from ancient Greek history. The disputes date back to World War II, but have mostly been an ongoing bilateral issue after Yugoslavia’s break up in 1991. In 1995, the UN started negotiations on the naming issue with both countries and formalized bilateral relations.

Athens has always insisted that the name Macedonia is associated with Greek culture since ancient Macedonia. Slavs arrived in the area only 1,000 years ago. Only Greeks have an historical right to use the name today, according to them, as the name Macedonia used to refer to the Southern Greek part of the region. Before the 1940s, the region was known as Vardar Banovina (today FYROM). Tito separated it from Yugoslavia in mid-1940, giving it the status of a federal unit of the new Socialist Federal Republic of Macedonia.

The ongoing polemics regard not only the name, but also two important symbols, the flag and the figure of Alexander the Great. The 22-meter tall statue “Man on a horse”, placed in the centre of Skopje in 2011, as part of historical public arts building campaign, caused strong opposition from Athens, commenting the size of the statue as “inversely proportional to seriousness and historical truth”.

Regarding Alexander the Great, lately there has been a very important revelation by a well-known Italian scholar, Lucia Nadin, through her scientific study “Statuti de Scutari della prima meta del secolo XVI, con le addizioni fino al 1469” (Statute of Shkodra of the first half of the XVI century, with additions until 1469).

According to online media “Konica.al”, in 1995, Nadin discovered an important document preserved by the library of Correr Museum in Venice, that is the “Will of Alexander the Great. In his Will, Alexander addressed the people of Scutari (Shkodra – North-West Albania), telling them he was progeny of illustrious Illyrians, Albanian ancestors, and also leaving them a whole territory under administration that reached up to Italy. The text is found in Shkodra Statutes, 1469. Its first publication appeared in Italy in 2002 and then in Albania in 2003. The legislative text was written in the first half of 1300, accompanying Shkodra city events until its fall under Turkish conquest in 1479.
Whatever pretentions from Greeks or Macedonians, or Albanians, in regard to their historic figures, the written facts are what remain. Based on such facts, but also on being peaceful neighbours with each other, it is only the pride that finally prevails.