As a travel writer, the word ‘agritourism’ is one that I have heard bounced around many a time. But it is not just a passing phase, a fad, or something that will just be popular for a season or two- unlike many other forms of tourism, it is based on sustainable, environmentally friendly, and community based principles. When done properly, it benefits farmers and local people, not just tour operators and owners of big hotels.

But what exactly qualifies as agritourism? At the most basic level, the definition of agritourism “is the practice of touring agricultural areas to see farms and offer to participate in farm activities”. In other words, individuals, families, or groups spend three plus nights on private agricultural property, and partake in activities such as fishing, hunting, gathering, farming, horticultural activities, or educational events. Popular agritourism stays include grape picking and processing, assisting with events such as markets or harvests, and learning how to cook using traditional farm-to-table ingredients.

Its origin on the European continent in a commercial sense can be traced back to 1982 when the UN Economic Commission for Europe held a joint symposium with the FAO to study the effects of tourism on agriculture, and the possibility of integrating the two. It was hoped that by combining the two elements together that rural areas would benefit from increased development and ongoing sustainability. 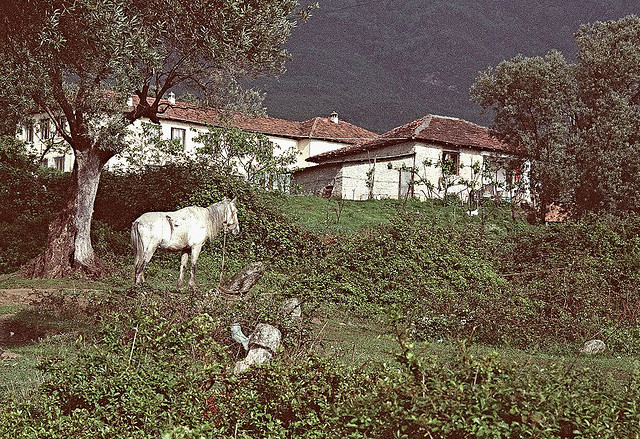 Whilst the concept has been around in some form for possibly thousands of years, it is only in the last decade or so that it has become a highly sought after touristic experience. Whilst agritourism is popular throughout North and South America, Asia, Africa, and Oceania, Its popularity in Europe and in countries such as Italy attract over 12.1 million agritourists annually, visiting around 25,000 agritourism farms.

Now let us look at Albania. In 2017, just under 19% of the GDP came from agriculture in a country that boasts 24% agricultural land and 15% pasture and meadow. Whilst the GDP percentage is set to rise marginally by the end of 2018, there is still a lot of work to be done.

Having spent one year in Albania and having visited a number of agritourism locations including winery’s and fruit and veg farms, it is not hard to see the potential that this country has. It seems that the Albanian climate makes it possible for all types of produce to be grown; strawberries, cherries, plums, melons, nuts, squash, tomatoes, root vegetables, peppers, grapes, and of course fish, meat, and poultry, all of which thrive throughout all 12 months of the year.

Due to its geographical position with its highlands forming a part of the Balkan landmass, and its coast facing the Adriatic, Ionian and Mediterranean Sea, Albania boasts a number of favourable climate systems. From a typically Mediterranean climate in the south and southwest, to a more continental climate in the north, the country can also be divided into various categories under the Koppen Climate Classification System. Hot Mediterranean climate, Warm Mediterraean climate, Oceanic climate, Continental climate, Subartic climate and even subtroptical climates are all present in a country that measures just 210 miles by 95 miles. 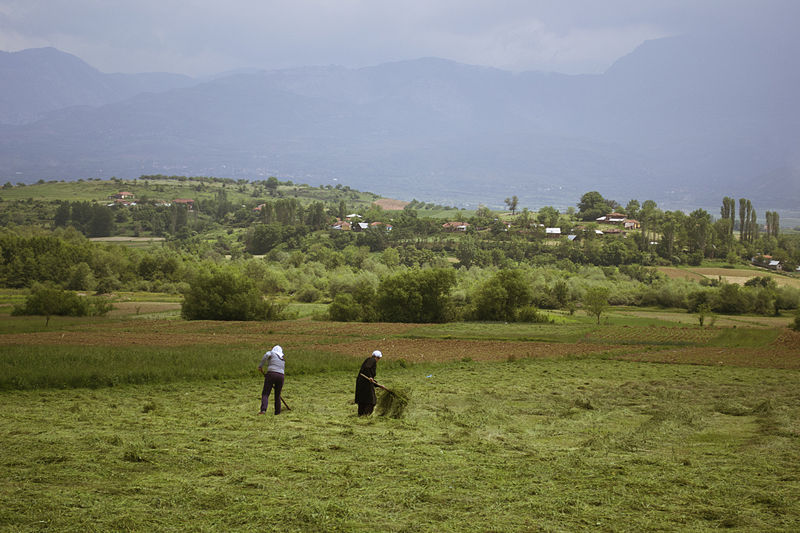 Image by Hannah Mishin
Albania outside of Peshkopi

Under these sorts of conditions, including high levels of rainfall, long hot summers, and relatively mild winters, all manner of agriculture can thrive, and the bounty that Albania’s land produces is (to me) unlike anything I have seen elsewhere.

But despite the richness of Albania’s resources, it is still a poor country. The food industry remains largely uncommercial and those that have the winning combination of fertile land and experience in tending to it, lack the business know how to expand, develop, and be profitable. As such, rural Albania suffers from poverty rates of up to 30% that are relative to the rest of the country’s rural and urban populations. Around 25% of farmers live on a farm that is too small to provide adequate levels of sustenance, and some of the poorest among them live on an annual income of $70.

With tourism levels increasing year-on-year, and the total contribution to the GDP reaching 26.2% in 2017, forecast to rise by 4.4% in 2018, it seems only natural to concentrate on creating touristic opportunities out of the rich and diverse agricultural opportunities that Albania presents.

Growing numbers of millennial tourists are shunning beach holidays and resort packages and are instead seeking authentic life experiences. Instead of looking for drinking, partying, and lying on a sun-lounger, these individuals and other middle-income travellers are choosing experiences that they can curate for themselves through immersing them in a new culture, and being active. Social media is full of influencers in vineyards or farmer’s markets, and more and more travellers want to replicate such experiences and get a real sense of the country they visit, not just the touristic hubs.

In addition to this, the global trend for ‘farm-to-table’, as well as organic/free range/fair trade/slow food/seasonal produce movements has increased awareness in the millennial generation in terms of what they eat, and where it has come from. All of these trends come together to present a ripe possibility for Albanian farmers. 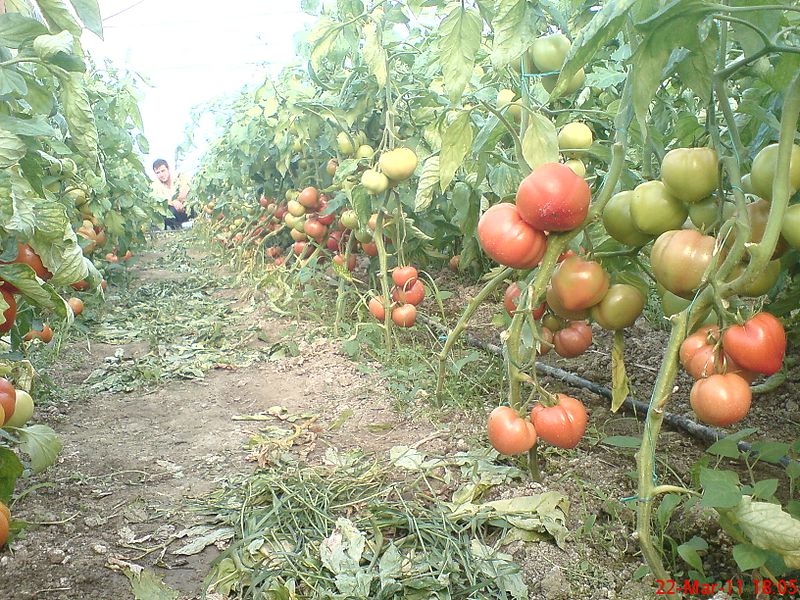 Several local NGOs have already started working on projects such as upgrading farms and facilities to cater for foreign guests and even helping with soft skills such as marketing and customer service. One example is Ceed Albania which is helping six farms within the country to access the agritourism market. Through providing financial and entrepreneurial support, assisting with grants, developing skills and mentoring farmers and agricultural workers, they are transforming lives by creating sustainable ecosystems that will remain for years to come.

This is what Albania needs more of- NGOs and individuals that have the power, and the funding to help farmers and people in rural areas, figure out how to make money out of their surroundings. By making them understand that there is a demand to sample their way of life, and that by working with tourists they can create sustainable economies within their communities, they can seek to pull themselves out of the poverty they find themselves in.

Albania is a rich country in so many ways, but its people need help and resources to allow them to reap the benefits at ground level. By promoting agritourism, not only can we hope to sustain the farms that produce the delicious food that ends up on our tables, but hopefully we can improve the lives of people living outside of the main urban areas.

Smashing Pomegranates And Other Albanian Superstitions