This post is the seventh in a short story that will be told only via fictitious news posts – we hope you enjoy! Watch for the next post of The Colony! 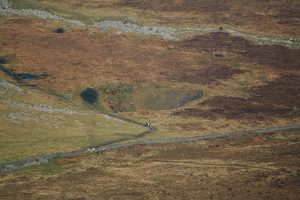 (Siberia) Numerous large, circular sink holes have opened up in the general area of the initial find in eastern Siberia. Scientists have also recorded multiple massive energy plumes emitting from the new openings. Once again, residents of Alaska, across the Bering Sea, reported seeing many plumes of light reaching to the heavens over the last evening. Russian scientists recently returned from an expedition into one of the cavities where they found ancient cave drawings which baffled them as the images were quite humanoid but did not look like the humans of that period. NORAD, in Colorado Springs, confirmed the energy readings.

The Russian government today requested help from the United Nations to investigate the multiple sink holes as they do not have the resources to explore all of them at this time. Scientific teams from around the globe are preparing to travel to Siberia in order to help with the investigation of the phenomenon.

Most Russians Won’t Make It To Their 71st Birthday