There is, wouldn’t you say, a big difference between murderous anti-Semitism lurking in a few lower working class neighborhood taverns and establishing itself as the state religion of a leading world nation state. This difference is profound; what was once shameful, such as blaming everything on Jews, becomes mainstream. What was once illegal, such as destroying Jewish property, becomes not only legal, but a government policy codified in rules and regulations with implementation schedules and performance bonus awards. “You truly excelled at implementing our Juden Raus (Jews out) policy last quarter, Hanz! The boss was very pleased!”

The Hi-Tech Traditionalist: The Russian Pogroms And The Modern-Day Lost Tribe Of Israel

The gap between shameful, illegal, unthinkable for most, and acceptable, legal, REQUIRED even is immense. When anti-Semitism jumped that gap in Hitler’s Germany in the mid-1930’s, it doomed more than six million European Jews to their deaths. Before, it was largely harmless, similar to how anti-Semitism is now in America, even with all the terrible heartache over the beautiful lives lost in Pittsburgh. After, it very nearly led to an extinction level event for world Jewry. But was this jump inevitable? And if it wasn’t, how could it have been prevented? More importantly, WHO could have prevented it? And since they obviously didn’t, do they share the blame for what had transpired?

Just the other day, there was on “Israeli” Twitter a picture of a ridiculously blue Mercedes Benz belonging, ostensibly, to the Vice-Chairman of the nationalist Alternative for Deutchland political party in the state of Lower Saxony, a state in the northwest of the German Federal Republic, bordering the Netherlands. The car had a license plate: “L-AF-1818”. The “L” is for Leipzig, a municipality in which the vehicle is registered. But the other letters… well, they are a different matter entirely. It can hardly be a coincidence that the letters “AH”, the first and the eighth letters in the German alphabet, stand for the initials of a man whose full name many Jews today will not utter, preferring to call him “hatzorer” (the enemy), or “yimach shemo” (may his name be erased). Overt support for Adolf Hitler is illegal in Germany; it is a federal statute enshrined in the constitution. So Neo-Nazis resort to these kinds of tricks to honor their hero.

To recap: a major German politician on the state level, in a major state that was part of west, rather than east, Germany and cannot thus be called even a bit “backward”, chose a license plate that celebrates one Adolf Hitler and does so publicly in a way that is clearly understandable to anyone who wishes to understand. Skipping the part where the owner of the vehicle was scum of the earth fully deserving to choke to death on his next bite of bratwurst, I commented that this horrible situation was the direct result of Merkel’s and her merry Globalist cabal’s stated policy of effacing German culture and even German ethnicity and replacing them with a multicultural and multi-ethnic society perhaps resembling the one that exists in places like New York and Los Angeles. Of course, I was immediately attacked, in Hebrew, for being a Nazi apologist. My family has suffered horribly in the hands of the Nazis. Both my grandfathers were killed fighting them in the ranks of the Red Army. My grandmothers evacuated to Central Asia with my infant mom and dad and barely survived. The city I grew up in, Kiev, borders on Babi Yar, the site of one of the greatest atrocities of WWII, where over twenty thousand Kiev Jews were machine gunned to death or near death and bulldozed into a ditch. If I could have one wish, I would wish that anyone who harbors anything but hatred towards Adolf Hitler died on the spot. I really would.

But I am also a scientist, a realist, a pragmatist. Most Germans in the 1930’s were not anti-Semitic. They allowed themselves to condone anti-Semitism in its most extreme and murderous manifestations because they were convinced by a very charismatic politician that it would bring Germany out of its condition as a global pariah and restore it to its pre-WWI glory. By doing so, they allowed the smoldering flame of Jew hatred to jump the gap from smelly taverns across from the railroad tracks on the wrong side of town to the Brandenburg Gates and the Reichstag. They did so because they were vulnerable to extreme rhetoric. They were vulnerable to extreme rhetoric, because the victors in the First World War, particularly France and Great Britain, having suffered unimaginable losses, insisted on exacting revenge form Germany and preventing her from ever reentering the world stage as a great power. 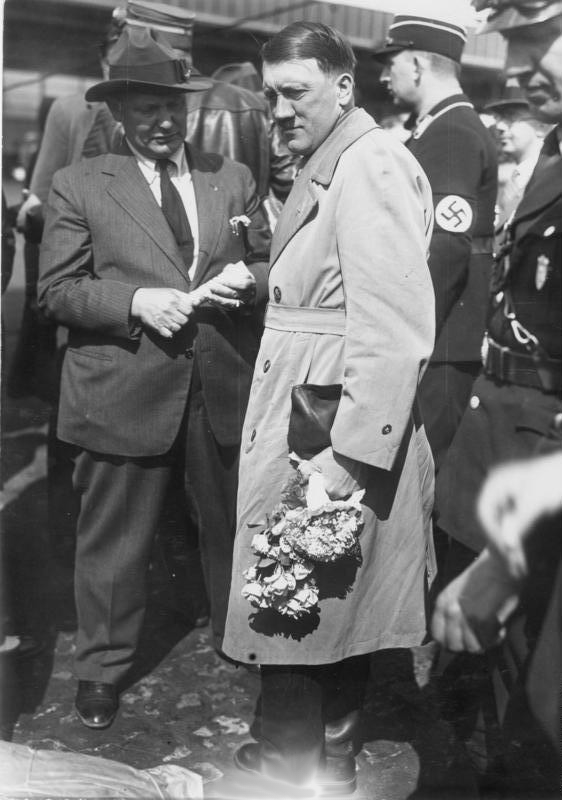 Image by Bundesarchiv, Bild 102-02287
Hitler With Göring at Tempelhof Airfield

The blame for the Holocaust falls squarely on Hitler and the Nazi party, including their full cadres of executioners and administrators. It is clear that all of the German people who were adults at that time are complicit in this horrible crime, with very few exceptions. The other world powers are not to blame, no. But. Is there any doubt that with the benefit of hindsight the post-WWI treatment of Germany by her victorious enemies would be different? That the Versailles Agreements that ended the war would look very different indeed? Nazism, anti-Semitism, any kind of extremism does not grow in a vacuum. They can never be extinguished; there will always be dark places that harbor hate, even murderous hate, but there are policies that limit this hate, keep it confined to its rank rancid places, and then there are those that allow it to grow and to prosper and bridge the gap to polite society. Shouldn’t we, while not assigning any blame to where it does not belong, adhere to the policies and politics of hate containment rather than those that allow hate to thrive?

The marginalization of the working classes, the destruction of their economy, replacing work, manual labor even that gives them pride with government dole, ridiculing their ways, openly debasing the traditions they inherited from their forefathers, forcefully injecting into their already vulnerable communities, without any consultation, streams of foreigners with whom they share neither the language nor the genes, nor the culture, those are the policies that build a two-lane highway for hate to cross over from dark to light, from hiding into the open. All the talk of “deplorables”, of “religious nuts”, of red necks and missing teeth, these are all pillars on which the next holocaust will be built. 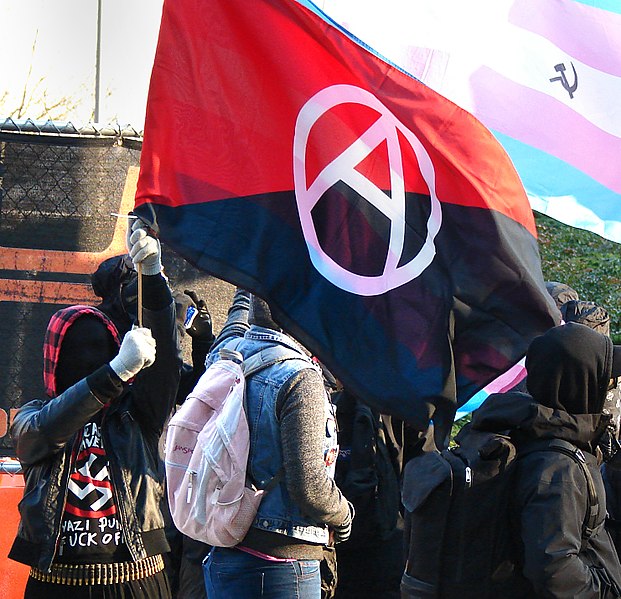 The elites in Germany and in Western Europe in general have been building the foundations for the new European holocaust for two generations now. They have pushed their working classes to the point of snapping and perhaps beyond. They cushion their motives for doing so in the high rhetoric of inclusivity and human rights, while hiding their real motives of personal empowerment and enrichment. They hide behind military and police forces built entirely from the lower classes, depending on them for protection against their own brothers and sisters in the small towns and poor suburbs. The media, whose role it is to find out and impartially report the truth, has long since abandoned both of these goals. Where are the reporters who embed themselves in the bars and taverns of Lower Saxony, France, or the UK? Where is there any truthful reporting on what the folks that frequent these places are really feeling? It is nowhere to be found because the global media became the lapdog of the globalist elites, feeding them sugary lies for crumbs off their tables. The European elites are thus dangerously insulated from any knowledge of what is actually brewing in their own countries, but that is not the worst of it. The worst, the most dangerous part of the unbalanced equation that is Western Europe, is that Iran-like, the European elites subvert the electoral process by using the court system in their own countries and in the European Union, as a kind of Supreme Council that “vets” the candidates for public office and decides who among them is worthy of balloting and how isn’t. This stops the people from venting their frustrations at the ballot box, because they either have nobody to vote for because their candidate of choice was not allowed to run, or, more frequently, because their candidates are not allowed to articulate and present to the public their real platforms. It would have been healthier for Germany had the guy from Lower Saxony been allowed to have a license plate that read “IADOLF” than hide behind code words. His support or lack thereof among the public would have said something fundamentally true about Lower Saxony, something that would behoove all of us to know. 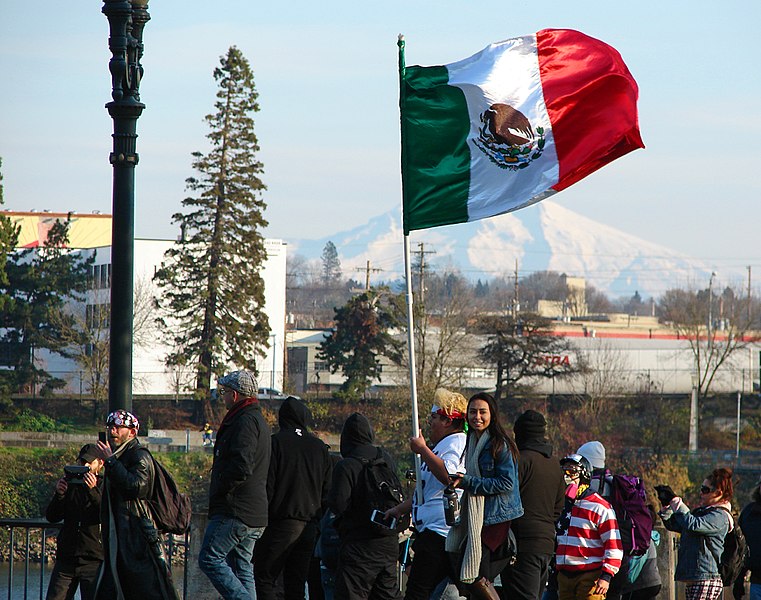 In America, ethnic and cultural diversity even far away from metropolitan centers is nothing new, but at the same time the levels of forced injection by the elites of completely unvetted and un-westernized populations into the most vulnerable communities is reaching and in many cases exceeding danger levels. The American-invented policy of political correctness, initially intended to create a more accepting and productive workplace, has now been weaponized to stifle political debate and the merest shred of free expression. The complete buy-in by Corporate America led by the Tech Giants into the culture of speech suppression and the wholesale exclusion from political debate of the wide swaths of the American electorate they deem disposable and destined for the trash heap of history before the next 10K has to be filed, has created a landscape in which only a rogue band of politicians from the Republican party led by President Trump can articulate, barely, the policies that benefit them and promote their agenda. The enormous, in fact infinite, funds that are made available to progressive politicians make it virtually impossible for those politicians that represent traditionally-minded populations to be elected.

Enrich (even more) the elites, impoverish, divide, and culturally and ethnically dilute the working class, where have we seen that before? Aren’t those the precise policies that lead to the weaponization of racial hatreds such as anti-Semitism? Do they not help build the bridge on which the insane acts of the few march towards widespread acceptance by the many? If inclusion rather than exclusion is your stated goal, shouldn’t the concerns of regular Americans, all Americans, even those that prefer their own culture and their own genes to those of others be heard and taken into account? Wouldn’t that be the way to isolating those few who act out on their hatred of the “other”? One would think that the lessons of the Holocaust emphatically, unambiguously answer in the affirmative. The six million Jewish martyrs whose ashes are scattered across the killing fields of Europe are screaming “stop before it’s too late!”, but their voices have long since been silenced and even their cousins among the American elites are deaf to their pleas. 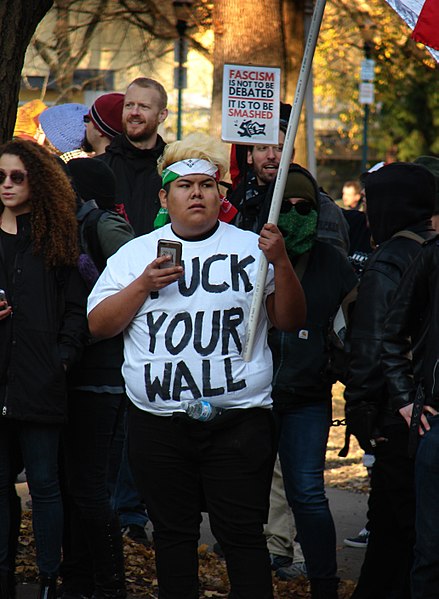