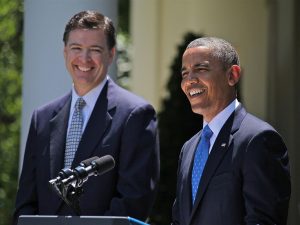 Therapists say it takes five years to get over a divorce, emotionally and financially. For Serhei Rybalka, a Ukrainian businessman, it looks like it will take longer, if ever. The problem is, Mr. Rybalka’s former wife is the daughter of Ukrainian oligarch, Gennadiy Butkevich, the owner of the ATB corporation, the largest grocery store chain in Ukraine.

By all accounts, the marriage did not end well in 2013. One source in Ukraine told me, “Let’s just say Serhei was not a good husband. He also was aggressive during the custody battle.”

Even though he won the right to spend time with his daughter in court, Mr. Rybalka has not seen her in five years.
There are a lot of cliches I could use here like, “Hell hath no fury like a woman scorned.” However, I’ll just stick with “revenge is a dish best served cold.”

Revenge is a dish it seems Mr. Butkevich has been serving for years now.

The problems began for Mr. Rybalka after the divorce during the Viktor Yanukovych regime. His company of several decades, S. Group, which produces snack products and sells currently to over 25 countries, was owed a debt of $4 million by Mr. Butkevich’s ATB, a preferred distributor in Ukraine. S. Group sued to recover the unpaid debt and won.

Then the police raids and attempted prosecutions started.

It seems Mr. Butkevich is well acquainted with the prosecutor general of Ukraine, Yuriy Lutsenko. During the first six months of 2014, there were over 40 searches at various offices and residences of executives of S. Group. Criminal cases were opened against Mr. Rybalka and his employees, accusing them of all types of nefarious deeds. Computers, personal property, documents, et cetera were all seized, making it extremely difficult to run a business.

None of these initial cases were found to be sincere and all disintegrated in court. The harassment in various forms from Ukrainian law enforcement continued into 2016. Last December, the general director of S. Group was almost killed by a stabbing to the chest which missed his heart by a few millimeters; he ended up in intensive care with lung damage. Another employee was beaten and had his ear cut off. A middle-aged female accountant for S. Group was apprehended in the Caucasus on a business trip, with Georgian officials not even reviewing her attorney’s documents to prove her innocence. She sits in a Georgian jail to this day, awaiting extradition to Ukraine.

The searches, charges, raids, and confiscation of company materials continued. Nothing has been returned to S. Group.
The company issued a statement this year, “S. Group Corporation considers these attacks on its key management to be the result of ATB group of companies’ efforts to discredit our business and avoid paying legitimate debts arising in the course of a former business relationship between our two companies. We believe that these gang methods are aimed at intimidating or even physically eliminating the top staff and managers of S. Group Corporation. No one investigates the assassination attempts. But, hundreds of prosecutors, police, SSU, and tax officials are engaged in the systematic effort to assassinate our business.”

Mr. Rybalka has now been charged with the most serious crime in Ukraine, that of aiding the pro-Russian separatists in East Ukraine, by selling them snacks. He could go to jail for a long time.

I was recently provided a chance to speak in person with an individual who was formerly the deputy head of 30 prosecutors in charge of some of the investigations into Mr. Rybalka in a region of Ukraine. He stated that orders came from on high to apply pressure to S. Group and Mr. Rybalka, no matter the evidence. In fact, the order was given by his superiors to manufacture evidence. Cases were classified as a heavy offense so that secret surveillance of Mr. Rybalka could be implemented, even though he is a member of parliament with associated immunity. He spoke of superiors coming to his department with lists of cases against Mr. Rybalka and asking how they could increase the pressure. He described meetings with representatives from the prosecutor general’s office where they made it very clear they were conducting these police actions to hurt S. Group and Mr. Rybalka; the alleged crimes were not the issue.

The individual alleged that at some point he refused any more illegal actions against Mr. Rybalka. It was then that his career was ruined and he was eventually arrested on trumped-up crimes while going on holiday with his family.
I don’t know the guilt or innocence of Mr. Rybalka. I do know he is the owner of a company that was growing and was hiring Ukrainians, creating tax revenue, and is a successful capitalist that was helping Ukraine to grow its way out of the recessionary hole it was put in after Maidan.

If the allegations are true against Mr. Lutsenko, that he is attempting to destroy a company for the personal revenge of a wealthy Ukrainian individual, then that is very serious indeed. That scenario would raise the question of whether Ukraine should be receiving any Western aid at all. For if after all of the help the IMF, Europe, and America have provided, if President Petro Poroshenko is allowing this type of behavior to go on, then things are rotten in Denmark. We requested a response from the prosecutor general’s office but did not receive.

However, should we hold such feelings of superiority over the Ukrainian government? After all, the behavior of our own FBI and the Obama administration in using the agencies of the federal government to go after the political opposition is essentially the same thing happening in Ukraine. Recently is was revealed that the Obama administration knowingly approved a deal to sell 20 percent of our uranium assets to Russia, while being aware of an undercover informant who described the efforts of the Russian government to acquire such assets through bribing Secretary of State Hillary Clinton through the Clinton Foundation. There are tea party groups who still haven’t received tax exempt status from the IRS. FBI Director James Comey reportedly approved the exoneration of Mrs. Clinton for her crimes in handling classified information before interviewing any of the witnesses. The DNC and Mrs. Clinton conspired with Vladimir Putin’s opposition research firm to produce fake evidence against candidate Donald Trump. The notorious, relentless unmasking of Trump campaign officials to essentially conduct surveillance on a political candidate is nothing less than disturbing.

No, we are not any better than Ukraine. We just do a better job of hiding it, but eventually it comes out anyway.

“Asylum Seekers Cannot Dictate Their Terms To The EU Or Select A Host Country,” Says Grybauskaite