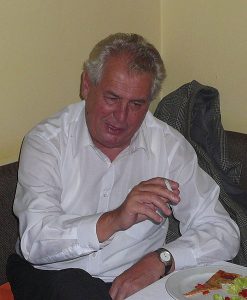 Prime Minister Andrej Babis, leader of the centrist ANO party, has negotiated a coalition with the centre-left Social Democrats, and the path to forming a cabinet opened on Friday after a compromise on personnel.

Dude, Want Some Romance? Rent A Bike And Take Her Here: Lavender Fields On Hvar Island

Russia Has A Plan To Dominate The Arctic