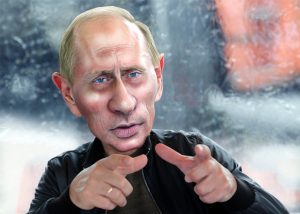 The Russian State Duma will consider a change to the constitution of the Russian Federation which would give Russian President Vladimir Putin a third consecutive presidential term. When combined with his two presidential terms prior to President Medvedev’s four years, where Putin was prime minister, the Russian leader could be in power longer than Joseph Stalin during the Soviet Union.

“The proposal to amend the constitution to three consecutive presidential terms rather than two was posted to the State Duma website Friday. It was put forward by the parliament in Chechnya, the Russian region headed by the publicity-savvy Ramzan Kadyrov – a vocal supporter of Putin who has called the Russian president a “superhero” and said he should rule for life. In a note that explained the proposal, the Chechen parliament argued that the term change was required to preserve “the achieved sociopolitical stability” in Russia, while still adhering to diplomatic principles,” reported The Washington Post.

Kremlin spokesman Dmitry Peskov downplayed the proposal, saying the Chechen suggestion was “a constitutional question” and “not an item on the president’s agenda.”

Having just won reelection, Putin is not likely to push such a proposal at the beginning of his new term.

Putin Outlines Terms Of Ceasefire In Ukraine With Turkish President