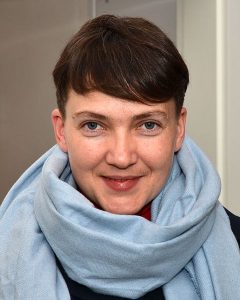 Ukraine’s State Security Service on Thursday detained lawmaker Nadiya Savchenko, an ex-military helicopter navigator who became a national hero after being held in a Russian jail, on charges of planning a military-style coup.

Prosecutors allege that Savchenko, who became a lawmaker on her return from Russia, planned an attack on parliament using grenades and automatic weapons acquired from pro-Russian separatists in the eastern conflict zone.

Savchenko, who has been a frequent and outspoken critic of the current authorities, does not deny the allegations against her outright…