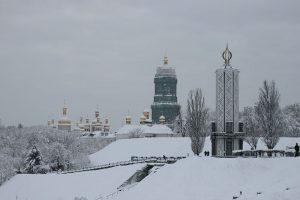 Ukraine on Friday urged schools to close and factories to cut production after Russia refused to restart natural gas deliveries, while residents shivered as the country strained to save on gas supplies.

Russian gas deliveries to Ukraine were supposed to restart on Thursday following a foreign court ruling aimed at ending years of disputes between Kiev and Moscow, including two halts to Russian gas supplies to Europe through Ukraine.

But Russia’s Gazprom gas giant unexpectedly refused to resume deliveries, returning the prepayment for supplies made by Kiev, claiming amendments to a contract had not been completed…

Biden, Poland, Ukraine, And NATO Blame Russia For Errant Ukrainian Air-Defense Missile That Struck Poland – Biden Does Another Walk Back

Putin, Macron Agree To Hold Trilateral Talks “In The Next Few Hours” To Halt Escalation In Ukraine