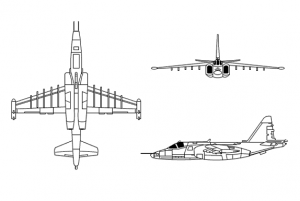 Russia has launched a series of air attacks in the area where one of its fighter jets was shot down by Syrian rebels on Saturday, leaving dozens of fighters and civilians dead, according to Syrian activists and Russian officials.

The Syrian Observatory for Human Rights (SOHR), a UK-based monitor of Syria’s civil war, said at least 68 attacks hit Idlib province in the early hours of Sunday morning, following about 35 attacks on Saturday.