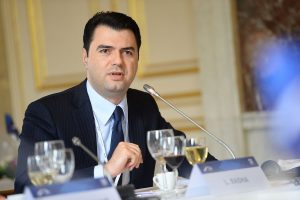 The leader of the Albanian Democratic Party, Lulzim Basha, announced 27 January 2018 as the start of anti-government protests. Basha has been holding meetings with political allies, including the Socialist Party for Integration (LSI). Besides calling for protests, he is also calling on, in his words, conditioning relations within the Albanian Parliament.

According to analysts, the DP leader is going to test once more the confidence and lost hopes of his party’s base, gathering around him those faithful supporters left. The last two protests saw more former DP officials take part than ordinary people looking for change. It is believed that DP supporters are still disappointed by their leadership.

Basha believes the protests will be embraced by thousands of Democrats from various strata of the society – but the reality is showing that many militants from two main opposition parties, DP and LSI, have quit being part of the demonstrations.

The opposition has opposed every governmental movement, including the appointment of the Head of the General Prosecution Office, Arta Marku, strongly supported by the EU and US, calling it an infringement of the Constitution. The fact that the General Prosecutor is bringing lots of changes and new appointments in the central office and also in other districts, as part of the vetting process, has caused considerable debate with the opposition. Most see such movements as a new era in the Albanian judicial system, but according to Basha, this is another effort to usurp the legal system.

The DP alliance with LSI has brought strong disagreement between allies and is considered as nonsense by other parties in opposition. They share different opinions with the Socialist Movement for Integration, a leftist party which is used to conveniently changing sides for its own interest. The leader of LZHK, Dashamir Shehi, a long time DP ally, maintains the right coalition has always been in opposition with the left, not only when they are not in government, like LSI. Even DP members, former MPs, who oppose the DP current leadership, consider the situation as chaotic and politically dramatic. Majlinda Bregu, former DP Minister of Integration, compares the current situation to that of a year ago, when DP started protests by setting up a tent in the main boulevard, producing no outcome….and soon after reaching an agreement with SP that left LSI out of the socialist coalition. According to Bregu, there is little chance for a party to come to power only through protests; instead, DP should try to enliven hopes among its supporters for a new beginning.

Analysts and some DP members maintain that DP needs urgently a re-establishment of its structures and a common approval of a distinct political platform, in addition to new elections for the DP leader and more serious and reliable allies.