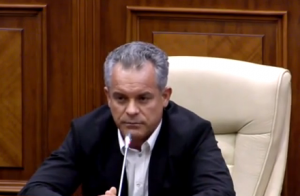 “The investigative authorities of Russia filed a petition to the Moscow Basmanny Court to arrest the leader of the Democratic Party of Moldova, oligarch Vladimir Plahotniuc, reported Russian news outlet Rosbalt. These events are related to the investigation of the murder of two people. The source notes that Russia’s law enforcement agencies do not provide details of the case,” reported 24segodnya.ru.

“Russian investigators have issued an international warrant for the arrest of billionaire Vladimir Plahotniuc, the head of Moldova’s Democratic Party. A Moscow district court arrested him in absentia on December 6 on charges of attempted murder and criminal conspiracy, though no other official details about the case are known. Sources told the news agency Rosbalt that Plahotniuc is wanted in connection with a 2012 attempt on the life of banker Herman Gorbuntsov in London, when he survived being shot eight times,” wrote Meduza.