The war criminal former commander of Bosnian Croat forces died today after gulping back poison when he was told his appeal against his sentence had failed.

Mladic Sentenced To Life Imprisonment For Genocide In Bosnia

Slobodan Praljak, 72, tilted back his head and took a swing from a flask or glass as a war-crimes judge at The Hague read out the verdict. 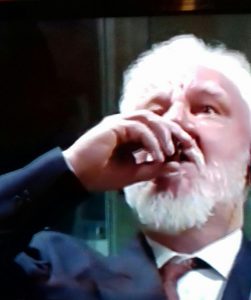 Praljak – who was jailed for 20 years in 2013 for committing crimes against Bosnian Muslims – then told the judge: “I just drank poison. I am not a war criminal. I oppose this conviction…”

To read more visit the Mirror