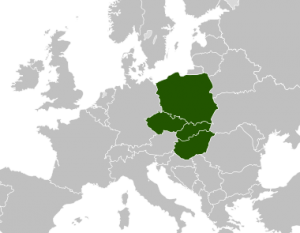 Four of the region’s six countries releasing third-quarter gross domestic product data on Tuesday will report accelerating annual growth rates, raging from 3.4 percent in Slovakia to 6.2 percent in Romania, according to Bloomberg surveys. Growth in the Czech Republic was unchanged at 4.7 percent and in Hungary it was 3.7 percent, according to estimates…