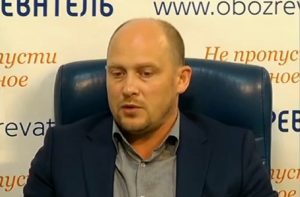 Sergey Kaplin, a Ukrainian MP, posted on his Facebook page recently that he plans on running for the presidency of Ukraine as the nominee of a united Socialist Party. The current president of Ukraine, Petro Poroshenko, has not said whether he will run for another term in 2019. There is the possibility of early elections.

“Socialists, Social Democrats and trade unions unanimously voted for uniting into one team – the Bloc For Ordinary People. It was a common decision that was shaped after a tour that followed the attack on the oldest party, the Socialist Party of Ukraine, by neo-Nazi [Ilya Kiva], [Ukrainian Interior Minister Arsen] Avakov’s puppet,” Kaplin wrote on his Facebook account, reported Russian state news agency TASS.

The new party, in his words has “a plan of struggling for power” and a plan of Ukraine’s rebuilding. “We are set to win the presidential elections. And I am thankful that the leftists have confided in me as a single candidate,” he stressed.

The continued scourge of corruption in Ukraine has prevented more rapid growth of the economy in the face of the recovery from the recession caused by the war in the east and the loss of Crimea. Political forces on all sides are jockeying for position prior to elections in 2019.