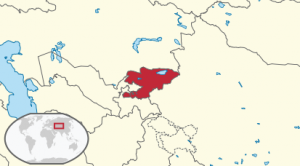 Kyrgyzstan’s Deputy Prime Minister Zhenish Razakov declared his country is ready to cooperate with Russia militarily, specifically within the military industrial complex. He made the comments during a meeting with Deputy Chairman of the Military Economic Cooperation Board of the Russian Military Industrial Commission within the Collective Security Treaty Organization (CSTO) Oleg Bochkaryov, reported Russia state news agency TASS.

“We express our willingness to develop cooperation between military enterprises and organizations, as well as set up joint ventures for military production in the country, which will galvanize the operation of some domestic enterprises and boost production output and exports,” the deputy prime minister said.

“After the plants’ examination, a working group will be set up for each of them, a partner enterprise will be selected and a technical help provided. The working groups will also include representatives form the Federal Service for Military Technical Cooperation and the Russian state company Rosoboronexport…We plan [to hold] a field meeting of the cooperation board for the Military Industrial Commission within the CSTO before April,” said Bochkaryov.

How Kosovo Turned Into Fertile Ground For ISIS