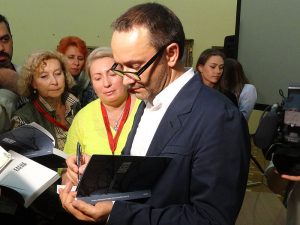 “Loveless,” a new film about the failed institutions in and of the Russian state, couldn’t be more timely.

And since it comes from Andrey Zvyagintsev — whose 2014 drama “Leviathan” was a subtle but blistering indictment of his country’s government — you could be forgiven for reading its many symbols and overtones as political.

Just don’t ask the director to confirm any of that…