The Strategic Nuclear Forces of Russia will be modernized to the 90% level by late 2020, said Russian Defense Minister Shoigu, speaking at a conference in Moscow. This includes naval and air force delivery systems, including submarines, cruisers, cruise missiles, and long-range strategic bombers. The Strategic Missile Force will also be advanced in its modernization efforts by that time.

“This will allow us to bring the provision of the strategic nuclear forces with modern weaponry to 90% as a whole and that of the Strategic Missile Force to 62%,” Shoigu said, reported Russian state news agency TASS.

“I’m confident that this will discourage any potential aggressor to encroach on the security of our country,” Shoigu said at the opening of 2nd All-Russian youth forum: “International Military and Political, Military and Economic Cooperation and Modern Trends” at Moscow’s MGIMO Institute.

In addition, Shoigu discussed the modernization of conventional military forces as well, “First and foremost, there will be tanks and armored personnel carriers based on the Armata and Kurganets platforms, as well as self-propelled artillery pieces Koalitsiya SV. The Aerospace Force will have fifth generation planes, which will increase the combat capabilities of our aviation by 50% percent.” 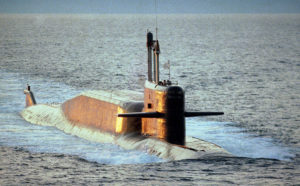 “The strike potential of our precision weaponry will increase fourfold by 2021, which will help ensure Russia’s security along the entire perimeter of our borders,” the minister said.

“No doubt, general-purpose forces, to the development of which we pay very close attention, will continue playing an important role in ensuring the state’s military security,” Shoigu said. 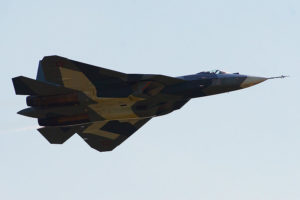 Bulgaria Pledges Solidarity With Hungary In Rights Standoff With EU