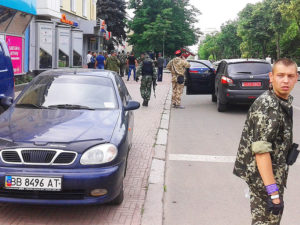 Mr Marochko said “Ukrainian secret services” were suspected of being behind the attack, which he said was aimed at “destabilising the Republic.”

“We will track down the perpetrators of this monstrous act and they will receive the appropriate punishment,” reported BBC.

Violence has flared in East Ukraine in the last month as both sides in the conflict jostle for an advantage with the new American administration of Donald Trump, which has yet to publicly clarify its position on the conflict that has now killed well over 10,000 people.

The ABCs Of Russian Military Power: A Primer for the New Administration