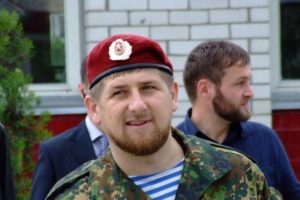 The leader of one of Chechnya’s most powerful clans has been arrested for plotting to kill Chechen leader, Ramzan Kadyrov. The clan apparently blames Kadyrov for the murders of two of its prominent members, former army commander Sulim Yamadayev and politician Ruslan Yamadayev.

Isa Yamadayev, a politician and a member of one of Chechnya’s most influential families, has been accused of masterminding the killing, Russian newspaper Novaya Gazeta reported on Monday. Three men — Aziz Alvi, Beslan Zakaraev, and Shamhan Magomadov — allegedly told Chechen police about their role in the plan on Jan. 23. They accused Yamadayev of conspiring to assassinate Kadyrov using grenade launchers, automatic firearms and explosives, reports The Moscow Times.

Violent blood vendettas and feuds are a common practice in Chechnya, a Russian state in the Caucasus and a hotbed of Islamic extremism. Russian President Vladimir Putin allows Kadyrov, a moderate Muslim, free reign in the region in exchange for keeping the area under control.

When asked recently by a journalist about the situation, Kadyrov responded, “There were moments [of danger], but the security services were working throughout this time and these criminals were not able to carry out their plans. But these weren’t serious threats. Don’t pay any special attention to them.”

US Senate Returns to President Trump his Nomination for Ambassador to Tirana, Who Met With Christopher Steele