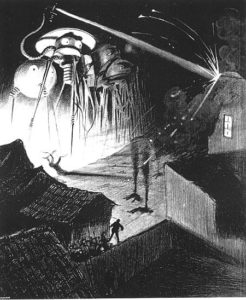 All of the branches of the US armed forces are advancing in laser research and expect these weapons to be fielded within the next ten years.

Russia, it seems, is working on a plane armed with a new generation laser weapon as well, a source in the defense-industrial complex has told TASS.

“Research is underway into a new generation airborne laser weapon,” the source said, adding that he was referring to a plane mentioned in open sources as the A-60 project.

Attempts at creating an airborne laser were made back in the Soviet era. The first sample of the A-60 plane based on the Ilyushin-76MD jet performed its maiden flight in 1981.

Several years ago the media said the mothballed project had been re-activated.

The United States, too, worked on an airborne laser for some time. The program produced an experimental combat plane Boeing YAL-1 only to be curtailed, reports Russian state news agency TASS.

What’s Really In A Russian MRE?

Jariasheni – A Story From A Village Occupied By Russia