If you know anything about bullies, you know that they don’t actually have to fight very often. They develop a shtick, a sort of a knack for intimidation, based on their size, their nasty personality, or a legend (true or not, doesn’t matter) of having fought and won great battles in the past, crucially, battles in which they, the bully, were the underdog. From middle school to the corporate office suite to the corridors of the United Nations, the bully shtick pays and pays well. Most countries are no different from most high schoolers; appeasement, even if morally repugnant and sometimes costly, is never as potentially costly as war. Hitler was perhaps the prototypical bully of the 20th century; he, a total nobody from some sh**hole in Austria, a small guy with a big mouth who did next to nothing in World War I and was a running joke in the corridors of power in the Weimar Republic and more importantly in the castle halls of the old Prussian nobility, would simply get in people’s faces and not leave unless physically made to. Pretty soon, like all successful bullies, he had a posse of bully wannabes some of whom were actually good with their fists and their knives. Now, to move him, you had to go through them. Every part of the German establishment chose appeasement. Some out of weakness, some out of disgust and disinterest, some calculating that if this little jerk ever came to power, they could easily control him. When he did, they woke up, but it was way too late.

At the helm of Germany, a country that was in today’s parlance subject to the most brutal international sanctions regime ever devised, Hitler continued his bully tactics. He ignored every agreement ever signed by Germany. Even though Germany was the big loser in WWI, Hitler knew the horrible price the allies had to pay to defeat it and how they were still in awe of Germany’s military might. He knew that the only powers that could stand up to Germany, the US and the USSR had their own problems. The US was mired in nationalistic isolationism having just come out of the Great Depression. Stalin still needed a few years to rebuild before he could become a real menace. So like all bullies, Hitler put on a show. He engaged in mass murder of the weak and the defenseless; the Jews, the Gypsies, the various sexual minorities and homeless people. He paraded Germany’s military might, all which was completely illegal under the Versailles Agreements that terminated WWI, for all to see. He divided and conquered by signing the notorious Ribbentrop – Molotov agreement with Stalin, putting Russia on ice until he was good and ready to handle it. At any time from Hitler’s coming to power in 1933 to his invasion of France in 1940, Germany could have been easily defeated by even a minor power like Czechoslovakia or Poland. Had anyone, anyone at all had the mental fortitude to face Hitler during this seven-year period, the period in which he was faking it before making it, he would have been done for. But no one did. For this deafening silence, tens of millions paid the price and the world became a much worse place for it.

Vladimir Putin, though no Hitler, is playing by the same bully playbook. He is heading up a country that by every measurable metric is on the verge of a total societal collapse. He is precariously perching on a thin crust of klepto-oligarchs who have been robbing the Russian people blind since the fall of the USSR in 1990 and who, unlike the pre-revolutionary Russian elites, have no commitment to their motherland. Their money, their real estate, their wives, daughters, and concubines, are all abroad. Beneath this thin crust rages a super-volcano of Russian popular anger. The Russian people know that they have been robbed, lied to, made fun of. They know that having been for centuries known for their elite culture, they are now best known as purveyors of elite escorts. Russia’s infrastructure is crumbling. Its once vaunted space program is falling behind SpaceX and NASA, newly revitalized under the Trump administration. There is one, and only one, thread that’s still holding the Russian people from delivering to Putin a fate similar to those of Mussolini or Ceausescu, something that many on Russian Twitter are talking about. That string is Putin’s claim that he and he alone could have restored Russia’s military might to its former glory and that he has now finished doing so. That Russia, once again, is a military superpower, a scourge of nations. 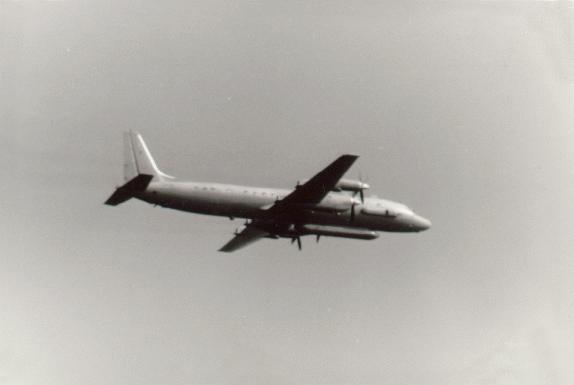 Here’s the problem with bullies: like all bluffers, they are only good until someone calls their bluff. As it happens, no one called Hitler’s bluff, and then of course, he was no longer bluffing. Last week, Israel, in the process of defending itself from the rabidly insane Iranian regime delivering high-precision ballistic munitions to the no less rabidly maniacal Hezbollah in Lebanon via their common butt-boy, the Syrian tinpot dictator Hafez Al-Assad, called Putin’s bluff. It is well known in Russia that Putin has been unable to protect his Syrian client Assad from the might of the Israeli Air Force. The cover that was hitherto provided by Putin for this military incompetence was that it was not indeed incompetence or worse, impotence. It was a political calculation not to directly interfere in a volatile region between two active combatants. Last week, when a Russian command and control center in the Russian airbase Hmeimim located in Western Syria, gave the order to a Russian (albeit masquerading as Syrian) surface to air missile battery to fire a salvo of three long range SA-200 missiles at a target they mistook for a grouping of four Israeli F-16s, but in reality was a Russian naval reconnaissance plane with fifteen souls on board all lost, the cover was blown.

Under this cover, just like when you kick over a rock in the forest, an unseemly rot infested with disgusting slimy creatures was uncovered for all to see. Putin has long been touting Russia’s participation in the Syrian civil war as a proving ground for Russia’s new and vastly improved military capability. And yet, in trying to defend, using the best weaponry at their disposal, operated by their best trained troops, a high-value Syrian target from a small group of 30-year old non-stealth American-made fighter jets operated by Israeli pilots, Putin’s military was not only utterly unsuccessful, allowing the ground target to be annihilated without the loss of a single attacking aircraft, it shot down, in an epic blunder the dimensions of which can only be fathomed by someone who, like me, is a surface to air missile professional, their own airplane destroying fifteen lives in the process.

The two biggest mistakes that a bully can make are one getting into a fight they may lose and two having lost whining about it. Putin has now (to my surprise) committed both. Not only has he decided (and yes, the order to fire on the Israeli jets must have come from him via defense minister Shoigu in the minute or two that elapsed between the Israeli notice on the de-confliction line and the strike itself), to engage in a fight with arguably the world’s best air force, a fight he could not possibly win, no, having failed so spectacularly and so publicly, Putin is now whining about it. In a report released today by Russia’s ministry of defense, Israel is blamed for not notifying the Russians of the exact route its jets would take to the target and for “hiding” behind the lumbering Russian turboprop of 80’s vintage slowly making its way down on a long stabilized approach.

Imagine a high school bully, the one everyone is afraid of because when back in the day he first attempted to pass eleventh grade, he beat the living daylights of the reigning bully before him and because, well, he looks kind of big and scary. Imagine that he has under his wing a scrawny little kid, the kind of kid who likes to gossip about people and do a little extortion on the side. Imagine that another kid, in trying to stand up for himself kicks the bully in the groin and knees him in the face as he is coming down. Ouch. Having finally gotten up, all eyes on him, the bully yells: “but you didn’t fight fair!” Hilarity ensues.

Except, this is not a school yard. Israel’s Defense Force, the IDF, flatly rejected today Russia’s whiny report, restating that Israel followed the de-confliction procedures to the letter, that it has a long-standing public policy of not allowing Syria to become the staging post for advanced weapons delivery to the Hezbollah, and that the Russian aircraft was shot down by a Russian missile fired, as the Russians themselves say, a Syrian battery. While Israel regrets the loss of life, it can in no way be held responsible for it.

The only path available to a bully having committed the cardinal errors of picking a fight he cannot win and then whining about it in public, the only path to retaining his hard-won bully status and not being torn to pieces by his own bully understudies is revenge against whoever it was that dealt him his humiliation. Hot, immediate revenge. Putin, if he wishes to save even a little of his lost face, must try to hurt Israel. Can he do it? Realistically, the answer is no. In the Eastern Mediterranean, Israel is by far the dominant force. Can he still do it, even if it meant world conflict that includes the US? Yes. Russia has cruise missiles and ballistic missiles that can reach Israel. But this would be as suicidal of a choice as doing nothing, perhaps more so. Putin will do nothing, well, nothing that is except finalizing his plans to escape Russia before an angry mob tears him to pieces.