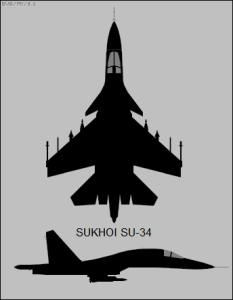 Russian armaments are in big demand after Russia’s military expedition in Syria. According to the Russian state news agency TASS, negotiations are now going on with countries in Asia, Africa, the Middle East, and Latin America.

“No doubt, the interest has increased and I want to say that dozens of Rosoboronexport delegations are on foreign trips weekly and a very intensive process of negotiations is under way with countries from the Middle East, Africa, Latin America, Asia and so forth,” industry chief Goreslavsky said at the Defexpo India-2016 arms show. “Following the results of this operation [in Syria], the interest in Su-34 bombers has increased. Several countries are showing the most substantive interest in this machine. They are from the Middle East but I won’t name them,” he said.

The Guardian reports, “The “marketing effect” from the Syrian campaign could lead to contracts worth $6bn-$7bn, quoting sources in the Russian government, military and arms export structures. Algeria, Indonesia, Vietnam and even Pakistan, which has long purchased military aircraft from China and the US, intend to buy Sukhoi fighter and bomber jets.”

“Ruslan Pukhov, director of the Centre for Analysis of Strategies and Technologies, said the Syria operation had affected Russian arms sales “extremely positively” by showing Moscow has effective weapons and can challenge western influence. “Russia basically proved it has political will, it has balls, because normally people don’t buy weapons from losers,” he said.” 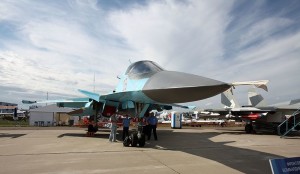 How Russian Special Forces Shape The Fight In Syria

Poison Gas Dropped In Syria In Revenge For Helicopter Shoot down

Ukraine Making Progress On Creating Its Own Weapons…See For Yourself