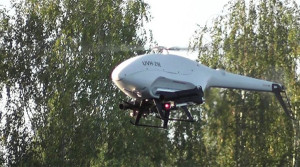 Russian arms manufacturers unveiled a new airborne, multi-drone, combat system that can recon, monitor, and fire on the battlefield.

The system was developed by Sistemprom, an integral part of the United Instrument Manufacturing Corporation (Rostec). It was presented at the Russian Armed Forces Robotics conference at Kubinka’s Patriot military expo, west of Moscow.

The drone complex consists of four units with different purposes including reconnaissance, fire control, and launching of rocket propelled munitions. The drones can operate separately or as a combined unit, according to RT. 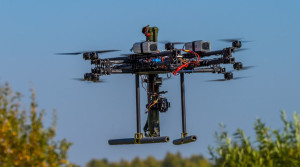 The robotic helicopter has an operating range of hundreds of kilometers, can perform video surveillance, make meteorological observations, and deliver cargo to designated coordinates.

The reconnaissance multicopter collects video and photo material using a thermal imaging device, and passes the data in real-time mode to its control station.

The sentinel multicopter can adjust artillery fire, verifying a target’s coordinates, and monitor the situation of the battlefield.

The assault multicopter is armed with unspecified “rocket-powered munitions.”

All the drones use the combined GLONASS/GPS navigation system for positioning, course bearing and target linking. 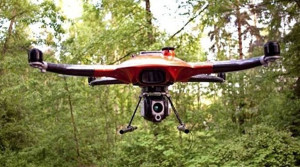 Poison Gas Dropped In Syria In Revenge For Helicopter Shoot down

Russians Shocked By Lack Of Respect In Yale Video

Whose Best On The Battlefield? Merkava 4 Or Armata T-14?