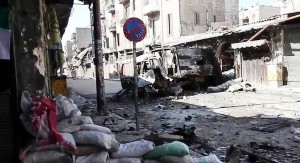 “This is bad as a ground offensive usually turns the war into a permanent one. Just look at what happened in Afghanistan and many other countries. I don’t need to remind you what happened in poor Libya. The Americans and our Arab partners must think well: do they want a permanent war?” It would be impossible to win such a war quickly, he said according to a German translation of his words, “especially in the Arab world, where everybody is fighting against everybody. All sides must be compelled to sit at the negotiating table instead of unleashing a new world war.”

Now that Russian airstrikes have allowed Syrian government forces to retake territory from anti-Assad rebels, supported by the United States, Russia is ready to sue for peace and cement gains on the ground. This is especially timely as it seems the Syrian, Russian, Hezbollah coalition is about to take the Syrian city of Aleppo, where widespread civilian suffering is said to be taking place in the middle of the brutal conflict. Russian state media has been hyperactive promoting Russia’s preferred narrative of events on the ground, accusing the U.S. of bombing civilians in the city as Russia incurs world condemnation over their bombing campaign.

“You have no one power that can act alone,” Medvedev said. “You have Assad and his troops on one side and some grouping, which is fighting against the government on the other side. It is all very complicated. It could last years or even decades. What’s the point of this?” 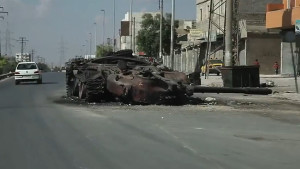 Russian President Vladimir Putin’s Middle Eastern Strategy is now becoming clearer as Syrian forces make progress on the ground. It seems Russia wants to ensure Assad’s territory is preserved, the opposition weakened, and Syria’s major cities reoccupied. Then Russia will take on the role of peacemaker and say let’s all get along. Russia will then maintain a large military force in Syria to block Turkish and Arab actions against the Assad regime. Somehow I think Putin will get what he wants.

Russia Accuses US Of Bombing Aleppo

Women In Russia And Ukraine Unite Online Against Sexual Abuse