A car bombing south of Mosul, in the city of Qayyara (Qayara, القيارة), is one of the worst security incidents in the city and area since the liberation from ISIS in the summer of 2016. Initial reports pointed to dozens of casualties, although the death toll had fallen to six by 11am on October 23. Dozens were reported wounded. However the bombing targeted a market area and comes after months of attempts by security forces to hunt down ISIS members in neighboring districts.

According to David Witty there were calls for blood donations. The area around Qayyara has been the scene of numerous ISIS attacks on roads, often carried out at night. On October 17 an IED killed a local official. Two were killed by another IED on the road from Shirqat to Qayyara on October 13. In addition on October 11 around 20 suspected ISIS members were arrested in Qayyara.

This is part of ongoing security operations by Iraq called the Revenge of Martyrs that have been progressing since July and targeted areas of Salah-a-Din province, Diyala and Kirkuk. The scope of the ISIS threat is not entirely clear because Iraqi authorities prefer to claim they are defeating the enemy. However the large number of security forces deployed, the frequent clashes and the detentions of ISIS members points to a continuing insurgency. The US-led Coalition has also been active. In July several Iraqi Security Forces were killed in clashes in and around Qayyara. 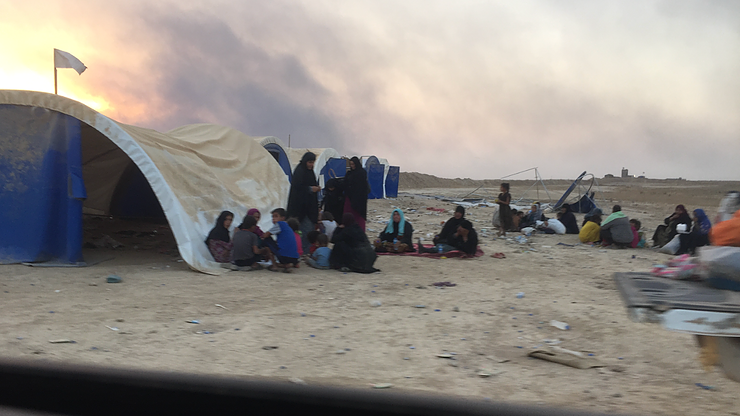 Qayyara was liberated from ISIS in August 2016 in the lead-up to the Mosul offensive. A large airbase called Q-West was refurbished by the Coalition. Refugees had fled via the city to IDP camps during the battle. UNICEF called it a “new day” for the city in September 2016 and investment was made in infrastructure. A hospital was re-opened in March 2017. Oil fires, ignited by ISIS, were finally put out in April 2017. The city has been a kind of model of symbol of the post-ISIS period. However the car bombing threatens to change that.