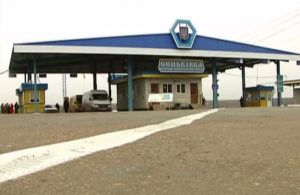 Belarus may reinstate border controls if recent spot-checks by Russian border guards continue. The former Soviet republic is allied with Moscow, and part of the Union State, a two nation alliance established after the fall of the USSR. Tensions are high because Belarus has made overtures to the EU and made negative comments about Moscow’s annexation of the Crimean peninsula. Belarusian President Lukashenko called the development a “bad precedent.”

Belarus launched a five-day, visa-free regime for 80 countries, including European Union citizens, in February 2017, and may extend this to 15 days. Minsk’s gesture, part of a gradual thaw in relations with the EU, irked Russia, which then resumed spot checks of cars and passports at its border with Belarus, citing security threats, reported The Moscow Times.

“If they want to close the border — please go ahead,” Lukashenko said during a visit to border posts, according to a report by the state BelTa agency.

“If they close it we must also impose border controls.”

Minsk and Moscow recently settled a previous dispute which saw Russia restart border controls one nonpayment of fuel bills to the Russian Federation. The Kremlin has a long history of using economic pressure against nations in its ‘near abroad’ to push the wayward countries to stay in Russia’s sphere of influence.

After Blowing It Up, Russia Wants West To Pay To Rebuild Syria