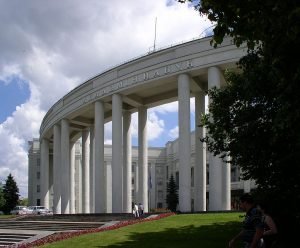 In late February, Tom Post, editorial advisor at the Finnish and Baltic edition of Forbes, and Arkady Shteimans, referred to as the publisher of Forbes in Latvia, Estonia and Finland, paid a visit to Minsk. In this regard, Dev.by, an online publication about the Belarusian IT sector, released a couple of articles. According to the first one, an interview with Post, entrepreneurship in Belarus is at an embryonic stage and does not extend much beyond Minsk’s High-Tech Park (HTP) with its 192 resident companies (Dev.by, March 1). Subsequently, however, the two visitors summarized their impressions, which presented a strikingly different tone. Having visited the HTP and the Great Stone—the Belarusian-Chinese Industrial Park under construction 25 kilometers from Minsk—they apparently changed their minds…