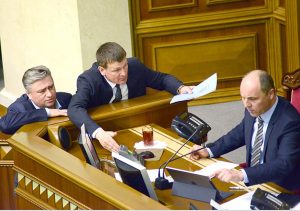 This week the Ukrainian parliament finally approved a bill called for in the Minsk agreements of 2015 dealing with the status of the territories controlled by pro-Russian rebels in East Ukraine. The passage of the measure did not come easily as it was hotly debated and delayed for months. The agreements involved world powers France and Germany.

“The bills submitted by Ukrainian President Petro Poroshenko have drawn fierce criticism from some lawmakers. Opponents of the bills argued that they don’t assert Ukraine’s control of the eastern territories strongly enough and swarmed the speaker’s platform Thursday, causing the session to be adjourned,” wrote Associated Press.

Moscow was not happy with the language included in the bill.

Russian Presidential Spokesman Dmitry Peskov declared that calling Russia an ‘aggressor’ in the language is unacceptable. “As far as we understand, according to the information we have on the bill at the moment, it is rather declarative. It contains a paragraph, in which Russia is called an aggressor. Also, there is no mention whatsoever of the Minsk agreements there. From the purely legal point of view, this wording cannot be acceptable for us either de jure or de facto,” reported Russian state news agency TASS.

“This bill is purely declarative. There is another bill there, which is in line with the extension of the special status for the Donbass region, which is important…this is an important bill, since the expiration of the validity of the previous special status law was, of course, a source of concern for everyone.”

“Russia continues to be committed to the Minsk agreements considering them the basis for attempting to make progress in the settlement in the future, which has no alternative,” wrote TASS.

We Don’t Think The Kremlin Knows What To Do