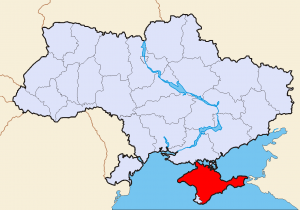 The European Union extended sanctions on Russian individuals and entities over the delivery of Siemans turbines to Crimea which violated prior EU restrictions due to the Russian annexation of the area.

“The EU has added 3 Russian nationals and 3 companies involved in the transfer of gas turbines to Crimea to the list of persons subject to restrictive measures,” wrote the EU press service.

Four turbines were delivered by the company to the Russian Federation for a project in Taman, in southern Russia. The machines were then illegally sent to a power project and modified locally in Krim, as the Russians call it.

Russia has been under pressure with the local Crimean population to improve electric power capabilities after multiple blackouts in the last couple years. Ukraine has also experienced cyber attacks on its power grid which Kyiv blames on Russia. The attacks caused blackouts in Kyiv but could have been much more serious.

Energy infrastructure has become a weapon in the conflict which is raging in East Ukraine. Power lines have also been sabatoged and destroyed heading into the Crimean Peninsula from Ukraine.

Busting The Myth Of Russian Aid For Greece

Estonian Foreign Minister: We Must Speak About Russia Without Wishful Thinking