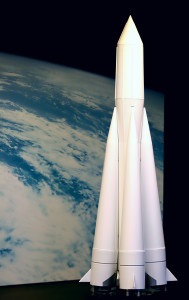 NEOShield is a scientific research consortium of European nations as well as the United States and Russia.

The Russian state news agency TASS reported today that Europe has asked Russia to develop the nuclear weapon portion of the research to deflect an incoming threat to the planet. The work will be handled by Roskosmos’s Central Machine Building Research Institute.

“Under the EU seventh framework programme on development of scientific research and technologies between 2012 and 2015, was carried out the NEOShield project on research of all means to influence hazardous objects,” the institute’s press service said. “The work was distributed among different participants from various countries, and the task on deflecting hazardous space objects by nuclear explosions was placed with Russia, represented by the Central Machine Building Research Institute.” Besides, the institute will attract to this work experts from the rocket-space industry’s other divisions as well from the Russian Academy of Sciences.

Russian scientists say a nuclear explosion near a hazardous asteroid is a most effective way to prevent its collision with the Earth, though presently nuclear explosions in space are banned.

“However, if due to an asteroid threat will rise the issue of enormous damage or even the very existence of life on the Earth, those bans, of course, will be dropped,” the press service said.

The institute’s experts say, it is most safe to make a nuclear explosion in the far space where it is sufficient time before an asteroid approaches the Earth. “In this case, a nuclear explosion is made so that an asteroid is not falling into parts, but ejects the substance, thus causing the jet thrust, which changes its orbit. This change will be evident most as the asteroid approaches the Earth next time – it will be deflected to a security distance from the planet.”. 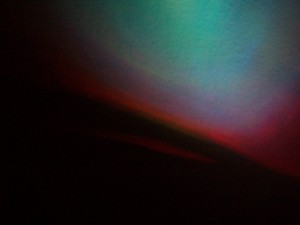 NASA in the United States describes the effort this way.

NEOShield is a new international consortium to address impact threats to Earth, and to organize, prepare and implement mitigation measures. Near-Earth Objects (NEOs) have hit our planet in the past and are widely believed to have been responsible for the extinction of the dinosaurs. The primary aim of NEOShield is to investigate in detail the three most promising asteroid threat-reduction techniques: kinetic impactors, gravity tractors, and the explosive blast-deflection method.

Fault Line Between Germany And Poland